Welcome to Winton Pharmacy - We are a rural Pharmacy situated in the heart of Southland , 30 km north of Invercargill . Our purpose is to provide better health outcomes for the rural Commuinity..... 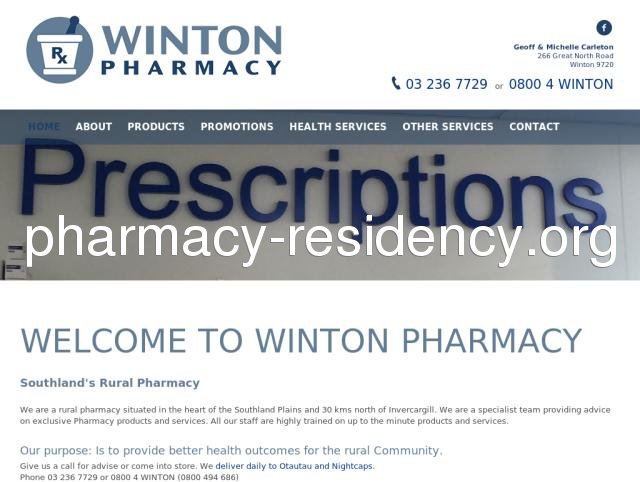